Out of Office And Into Place: San Pedro de Atacama

” Mission: to be where I am, even in that deadly serious, ridiculous role— I am the place where creation is working itself out”

The pool area of Explora Atacama is always a serene area, ripe for reflection

I haven’t worked in a traditional office since 2015. My office is out in the world. A recent exploration of  Chile’s topographic chameleon, San Pedro de Atacama, — a journey I took with my dear photographer friend, Colby Blount— ossified my understanding of this untraditional path as my reality and my mission beyond any reasonable doubt.

So, even though I had to turn on the “out-of-office” autoreply before we took off for this region where the wifi would be sparse (but the wine and wonder copious), I really was stepping into my place as an explorer and a wanderer, a journeyer to whom the truths of existence are never more apparent then when I am out of my so-called element.

Four pools for reflection (and dipping, if you so please) at Explora Atacama

As I continue to make work of seeking out other worlds— in style, art, travel, food, literature and beyond—I wonder what that makes me, where that puts me in the grand scheme of things: “what do you do” is a nebulous question when one does what seems like one interconnected thing to oneself, yet a confounding multiplicity to others.

What’s more, how does one continue on this journey with no previous exact flight plan to act as a blueprint?  Well, as my friend recently reminded me, I’ll just have to “build the plane as I fly”, withstanding at each the turbulence of self-doubt and question of belonging.

Once we disembarked our LATAM flight in Calama, the mining town about an hour away from San Pedro de Atacama after a short layover in Santiago, I knew to depths of my being that there was nowhere else I was supposed to be than where I was right then (and that the months of pitching to make this trip happen were worth every last second). 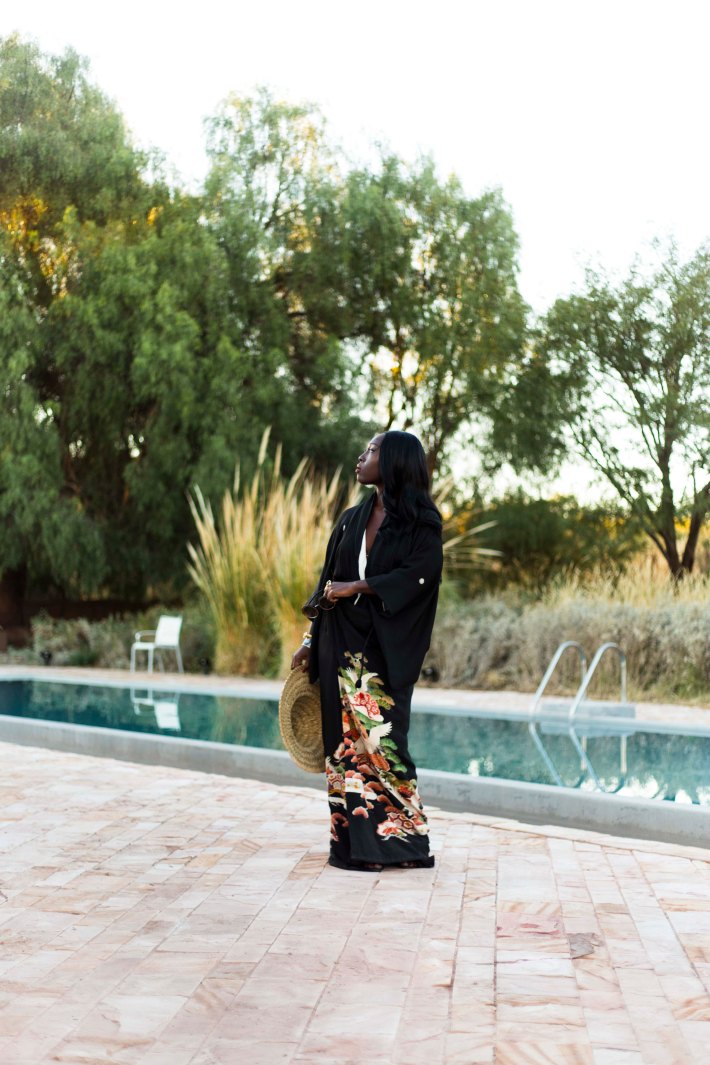 Colby and I spent the next 4 days and three nights in the Atacama desert hosted by the ineffably attentive team at Explora travel, at the helm of which are Maureen and Pablo. While the Explora, a South American constellation of hotels artfully combine luxury lodgings with a multitude of choices for authentic outdoor exploration, is not the sort of place where one lounges by the pool , Colby and I took advantage of our first afternoon to frolic among the foxtails that line the four pools at Explora Atacama. I don’t swim: Colby is the fish in our professional pairing  (and I, as you will soon learn, the mountain goat) but I slipped on a swimsuit and wrapped myself in a vintage Tomesode kimono for the in-situ adventure of our first afternoon.

It occurred to me that a kimono might seem an odd choice in the desert. (The Atacama desert, by the way, is the driest desert in the world but does not suffer from year round scorching temperatures as connoted by its designation). A kimono has no place in the desert, one might say. Yet this kimono had every place in the desert: the embroidered cranes emblazoned at cascading concentration toward its hemline are a Japanese  symbol of fortune, of longevity, of flight (and the crossing of borders): as apt a metaphor as ever for the borders we had just crossed on our journey from JFK to the other-worldly Atacama desert,  and the erasing of categorical borders in the cross-medial work that Colby and I were about to embark upon as artists, journalists and simply as lovers of  this thing called life. With the vastness of the Atacama desert as our field of play,  and the Explora as our shepherds, nothing would confine us: not the notion of what a trip nto the desert should look like nor the idea that the kind of person that embarks on a desert adventure looks or dresses a certain way. One is ever only out of place if one believes that they are. For four days, I belonged in and to the Atacama desert.

And four glorious days they were. Four days in which new friends were made, new foods discovered, old lessons reiterated and indelible memories made, all because the ultimate gift of impracticality has led me to this incredible aspect of my work (which, make no mistake is equal parts frustration and fairytale). I look forward to sharing the visual diary of our journeying with you over the next few days Exploring Explora as the sun began to set 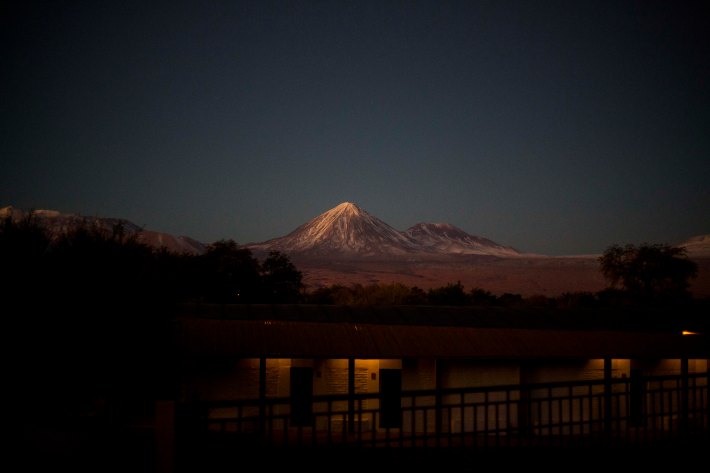 All Photos by Colby Blount: http://www.colbyblount.com