One Name, One Dream: Painter Alvaro In His Own Words 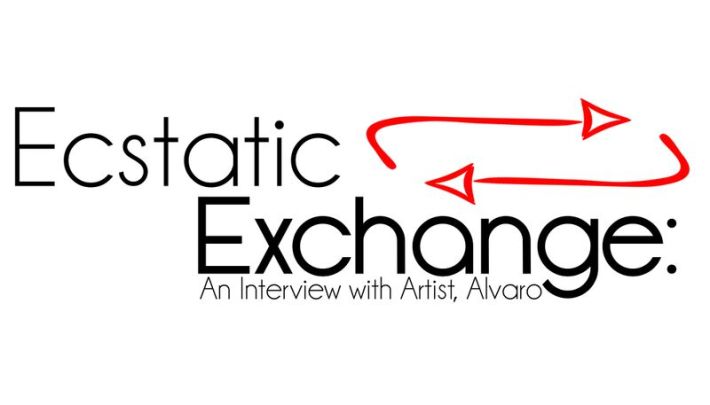 “I knew it!” he bellowed. “I said to myself, look for Naomi, look for Naomi and there you are! I knew you would be fabulous!” These were the first words Brooklyn-born, Bronx-raised artist of Puerto-Rican and Spanish descent, Alvaro uttered to me when we met on the stairs on the First Baptist Church in the City of New York over a year ago. Alvaro—like Madonna and Rihanna, mononymously known for his craft— darted up the stairs, toward the bright red church doors against which I was leaning and gave me a warm and deep hug. This was the varietal of hug exchanged by old friends, and not people who were meeting for the first time ever for the purposes of an interview.

But that’s Alvaro: the gentle sort with a heart of gold who knows how to put one at ease with his loud quips, caustic humour and refreshing child-like gaiety. We ambled down 79th street, his signature silver Star of David pendant swishing about his neck, to find a quiet spot to sit and chat. A local eatery seemed to fit the bill and so we took our seats after he exchanged pleasantries with the wait staff in Spanish.

Alvaro with his muse, Iman

Alvaro’s charm is his calling card. His encyclopaedic knowledge of cinema, however, is probably what his friends best know him for. In fact, he could probably sustain a career as an archivist for Turner Classic Movies just as well as he has built a life as an artist. His art is imbued with this devotion to classic cinema and it’s poster children, his obsession with pop culture at large, and, most certainly, his wit and humour. I was eager to learn more about this illustration artist whose work, known for its vibrancy of colour and strength of line, has been featured on the covers of international magazines such as Vibe, and who has famously painted stars as brilliant as the late Aaliyah and as iconic as Iman (but is still so humble that he gushes, with doe-eyed ecstasy, when he talks about his idols).

As soon as we were seated, I launched into questioning him about his upbringing, his craft, his love of classic cinema, Michael Jackson, and what makes him wet his brush.

To read the full Q&A with Alvaro, in which he discusses everything from Picasso to Haring, from Aunt Jemima to Iman, and from Vibe to Vogue click here. Enjoy the gallery of some the artist’s  pieces below. You can follow Alvaro on Instagram at @alvaro_arts. 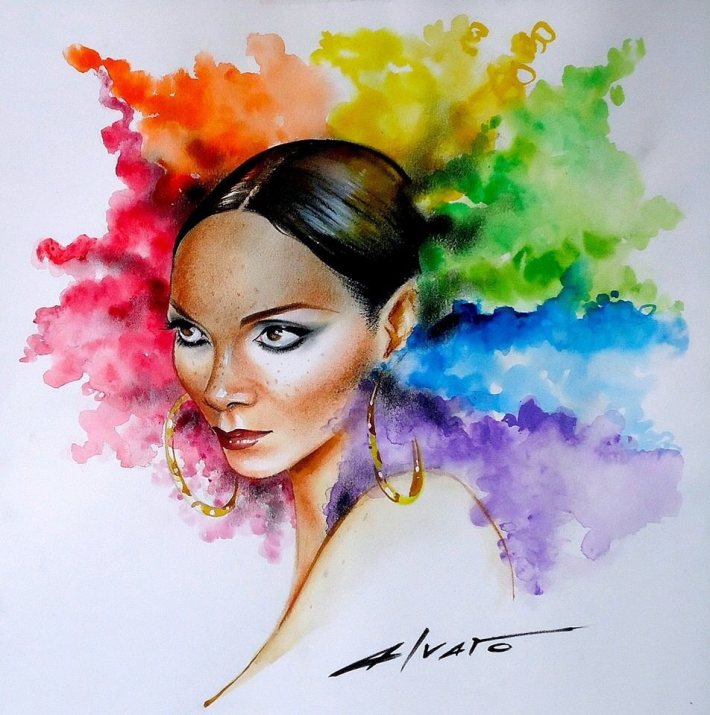 A Farewell to Yvonne Craig as Batgirl, 2015

Special thanks to Emily Griswolde for transcription assistance and Parker Atiba Williams for PDF design.

Ecstatic Exchange is series on The Ecstatic Flash that chronicles my dialogues with people who inhabit creative spaces. The goal of the series is to engage “successfully”artistic people and in so-doing inspire those of us with the impetus to answer the call of creative careers, and all of us to lead more creative lives in general:

“If you want to really hurt your parents, and you don’t have the nerve to be gay, the least you can do is go into the arts. I’m not kidding. The arts are not a way to make a living. They are a very human way of making life more bearable. Practicing an art, no matter how well or badly, is a way to make your soul grow, for heaven’s sake. Sing in the shower. Dance to the radio. Tell stories. Write a poem to a friend, even a lousy poem. Do it as well as you possibly can. You will get an enormous reward. You will have created something.”