Quintessence of Dust: Waking Up to The Sahara 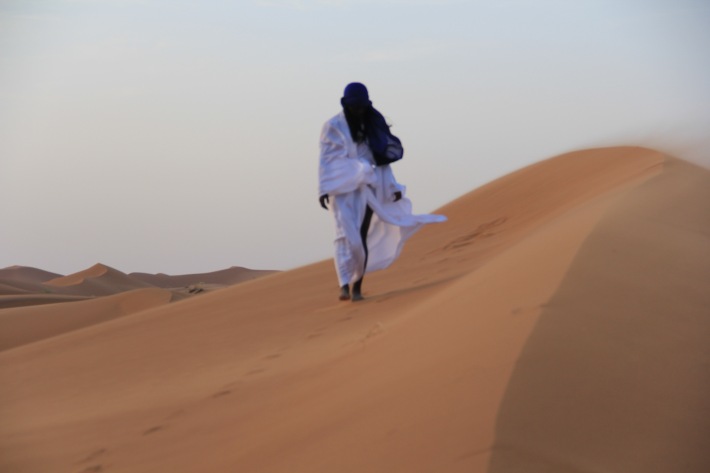 “…the beauty of the world…and yet to me, what is this quintessence of dust?” famously queried the Danish prince in the throes of the existential crisis of existential crises. Of course, he was speaking of of us, humans, and our Sisyphean struggles. What’s the point of being the the highest incarnation of dust, when in the end it all returns to, well, dust?

I  am speaking here not of us, humans, but of the sea sand; the Sahara; the desert. This endless undulation of rock and mineral granules is, to my mind, the quintessence of dust, and waking up to the majestic rise and fall of her cinnamon sands– the dunes of Erg Chebbi, Morocco– a moment that encapsulates the point of this wretched thing we call life: beauty. Beauty is the feeling that makes waking up worth it. Beauty is the only word that describes a desert sunrise.

The sunrises over the dunes at Erg Chebbi, Merzouga, Morocco.

After two days on the road, meandering in a 4×4 from bustling Casablanca, through the red clay of the High Atlas Mountains and along the parched road of a thousand Kasbahs, between the vertiginous gorges of Todra that rise around you like a frozen parted red sea, and past the gate of the sleepy town of Rissani where one begins to feel ones nose hairs singed by the desiccated air, my friend Farida and I arrived at the mouth of the Sahara desert in Merzouga Morocco.  The desert was the penultimate stop on my three-week tour to celebrate milestones with friends and to honour my own upcoming milestone: my thirtieth birthday. (The tour was mockingly styled #The30BecomesHerTour on Instagram, given my and my friends’ belief that nothing but death happens after thirty).  As that date looms in the horizon, currently in belly of my own existential crisis, I shall be sharing with you moments from that excursion to celebrate my residence here on earth.

The wonder of that first encounter with the desert, riding on the jarring back of pissing camels is a story for another day. The awe of dreaming wide awake that night under a sky so stygian, lit to infinity with flecks of boiling gas that, in my imagination pre-peppered by the wisdom of Saint-Exupéry, seem laugh and gurgle, is a story I wish I had the art to tell.

I made a feeble attempt or two capture that desert night sky pictorially, soon throwing in the proverbial towel, content with simply drinking the starry void. I lay in the sand, running my fingers through its flour-fine grains. I felt the earth slip through my fingers. It is no wonder hour-glasses are filled with sand; I felt time itself slip through my fingers. 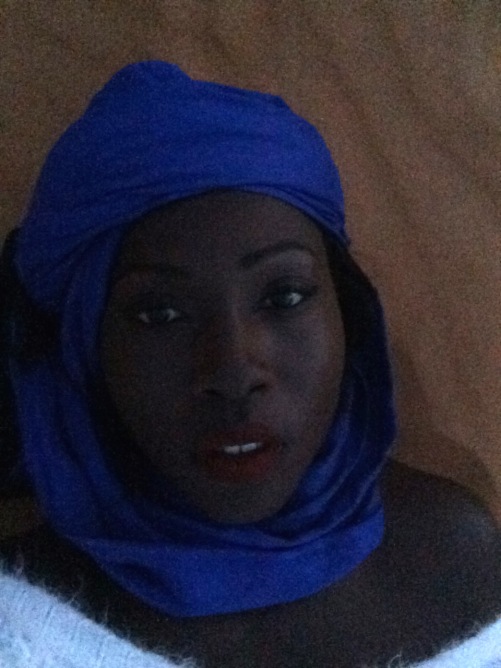 A grainy self-portrait in the grains of sand

My meditation was cut short by a call to dinner. Hamid, one of our Berber hosts had laid out quite the spread for us in our luxury desert tent. I confess, I like my camping with a side of indoor plumbing. If you are this sort of traveller; on that seeks the authenticity of the wilderness coupled with comfort of a commode, then the Luxury Desert Camp of Erg Chebbi will satisfy your pangs for the semi-nomadic existence. Set in the middle of the high dunes of Merzouga, Morocco, the camp is a collection of private Berber-Style tents ripped out of the pages folk tales and fit for king.

Mohammed welcomed us upon arrival at the Private Luxury Desert Camp and lavished us with his rapt attention through the entirety of our stay.

Mohammed prepares the lamps for nightfall

Hamou, the camel guide, doubles as lamp-lighter as he sets ablaze all the lamps surrounding the periphery of the encampment

Though the tents feature electricity, at night the camp is lit only by roaring naked fire and the reverberation of drum music played by the warm hosts Maestro Hamid and Mohammed, the same two men that cooked our lip-smackingly delicious repast of beef and prune tagine served with freshly baked bread (and also kindly acquiesced to my photography demands) . The tender shanks of braised beef fell of the bone with such soft ease as to elicit squeals from Farida and me. The meal was over too soon. Farida retreated to the comfort of the bed.   I returned to scrim of the sky and gazed in silence at what Hamid told me was the Milky Way. 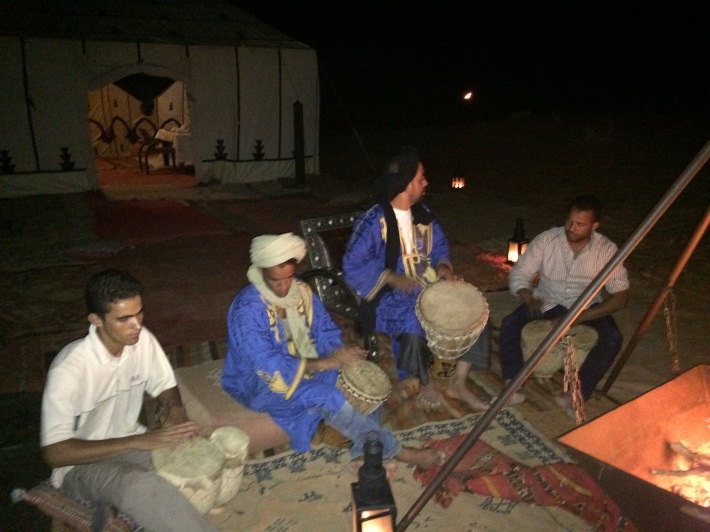 Maestro Hamid leads the drum circle under the sky, accompanied by Mohammed and our driver, Abou 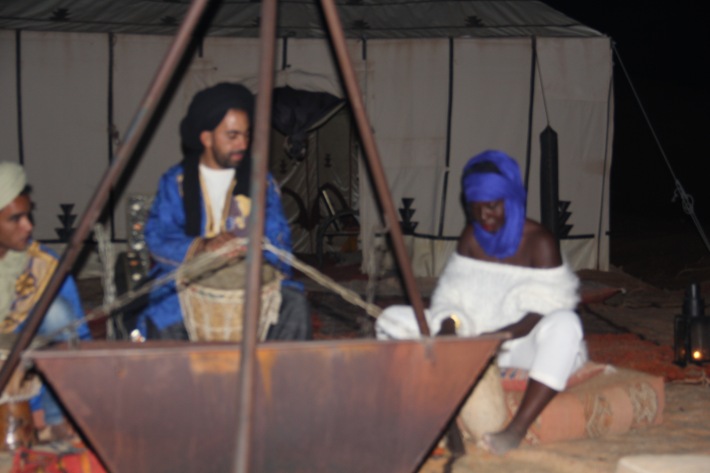 A lesson in the rubrics of drumming: a day late and a dollar short for musically challenged me

I’ve seen starts adorn the sky like jewels sewn into silk, on the shore of Cabo San Juan, Colombia, yet what was striking about this moment in the dunes was that the waves were still and silent; there was no soundtrack of crashing and retreating ocean to accompany the spectacle above. That night in the Sahara, nought but nothingness filled the space. It is no wonder Farida’s Uncle had told us before we departed Casablanca that the desert is “la vide qui vous remplit”, the void that fills you.  It truly is an emptiness so satiating, so overwhelming. Time glided .The stars grew brighter as though they heaved a simultaneous collective sigh.

I could not capture the light strewn in that night’s black sky and perhaps it is just as well: some beauty is best kept in the heart.  No photograph could expose the ecstasy of seeing and feeling the balls of burning gas intensify in unison…that chorus of brilliance (and yes, I know, you spoilsport, that the scientific term for this would be visual accommodation). BUT! My camera did not fail me hours later as the sun rose to take dominion over its kingdom of sand. This phenomenon, to me more magical than a sunset, I did make a feeble attempt to capture. One cannot can the chill in the air (I was clothed in little but an ivory silk robe and a berber-blue scarf knotted Tuareg style to ward off the wind) or the chaleur of such a sky that so invites on to stay…forever, but one can, in one’s lay way, digitize that interplay of light and darkness, of blue and brown, of earth and horizon that so boggles the mind. My heart races as I remember. Yet do I marvel.

The camp at sunrise

Marvel as I did from my vantage point near the tents, Hamid assured me a better view was to be profited from from above the crescent in the distance. So we began our ascent, trudging through silken-sand toward the promise stolen breath. Several footsteps in the sand later, high above that single mountain of sand, I turned to witness yellow light gently shredding the fabric of a light blue sky over an ceaseless earth: sublimity. I sank it ustrasana, camel pose, a pose of surrender and yet one of openness, for this is the only way to take it all in: to surrender to and be open to numinousity.

But man shall not live by beauty alone. Bread had to be broken and so we descending from the high of the sunrise’s sorcery, into the camp to do that most banal of human things: eat breakfast. Breakfast as provided by Luxury Dessert Camp was our second most delightful of the trip ( falling short only in comparison to the morning delights of Auberge Le Festival in the Todra Gorge). The spread was colourful and copious. And finally I had the opportunity to try msemen, the North African flatbread not unlike a crepe, but far more savory, served with delicious butter and fig jam and washed down with that most ubiquitous of Moroccanisms, mint tea, and the freshly-squeezed nectar of oranges. 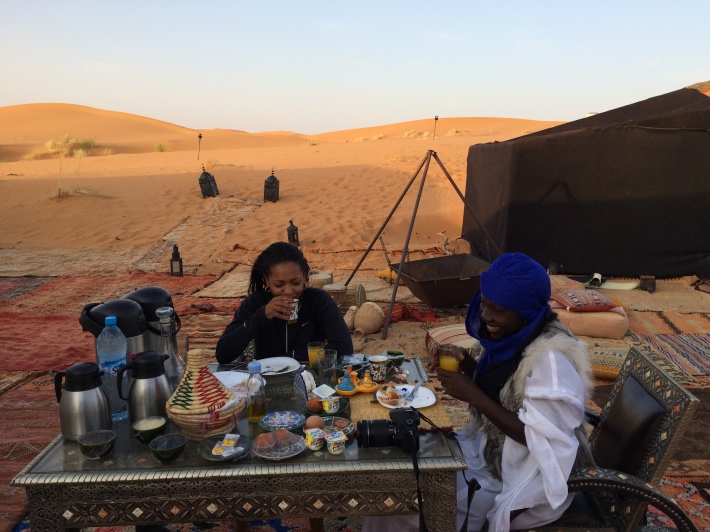 It’s almost strange do do something as mundane as eat after doing something as magical as walking a Saharan crescent. But that is what we are, we quintessence of dust: creatures that need such sordid things as food to survive but crave beauty to thrive. 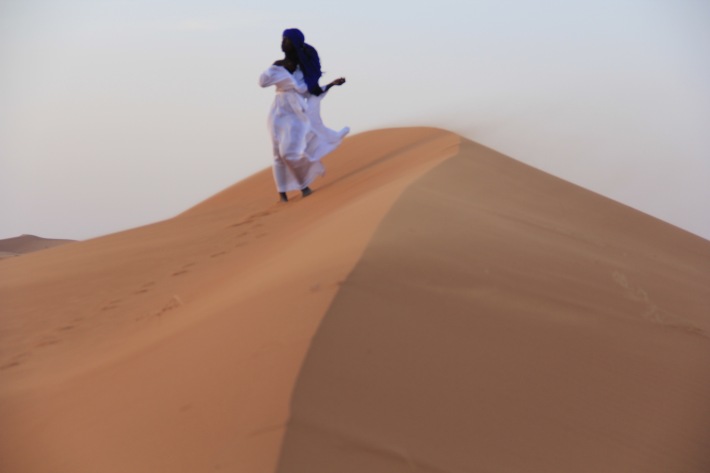 “What makes the desert beautiful,’ said the little prince, ‘is that somewhere it hides a well”