It’s The Most Wonderful Time of The Year: Rhubarb Season

After stalking the Chez Panisse menu for weeks to solve the mystery of what would be served while I would be in the San Francisco area, it became apparent that rhubarb season was nigh based on its ubiquity on their menu of offerings. Posthaste, I phoned my local Whole Foods to ensure the produce section was stocked with those stalks of red richness; before the employee could finish confirming their presence, I was in the car en route to pick up as much elusive rhubarb as I could.

Rhubarb season is notoriously short– well at least it is in Georgia, given that it is not grown here. I believe the season lasts approximately 12 hours: you blink and it is gone. For this reason, once I catch wind of rhubarb’s return, strawberry rhubarb pie (and other such strawberry-rhubarb dalliances) must happen. 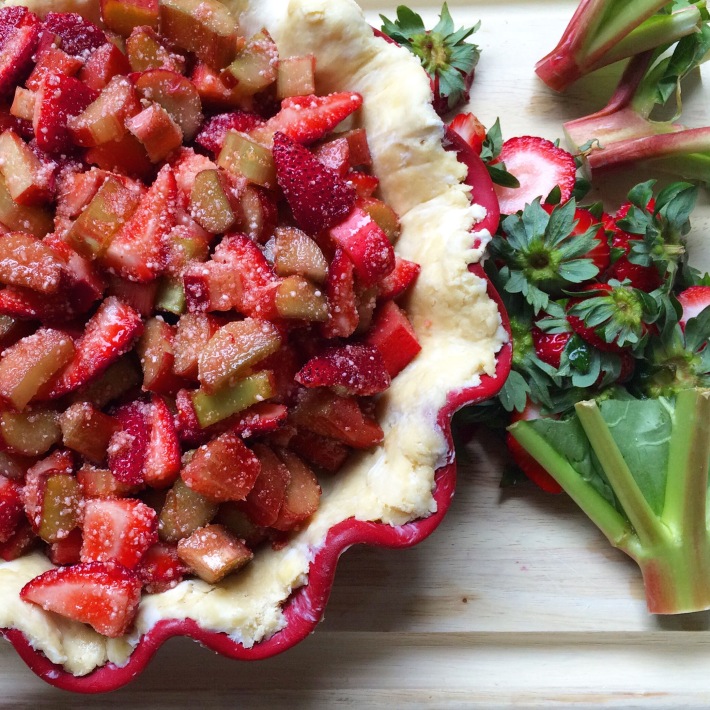