I’ve had a whale of time playing with winter squash in the kitchen for the past month. There was the recreation of Jean-Georges Vongerichten’s Kabocha squash toasts with apple cider vinegar and maple syrup onion jam, and then there was this super simple pizza of butternut squash, inspired by a delicious appetizer a friend and I shared at Via Carota, Jody William’s and Rita Sodi’s collaborative West Village restaurant.  The starter, called Zucca on the menu ( you must try it if it is still there), paired roasted squash with grilled scarmoza cheese.

For the pizza, I used Jim Lahey’s crust recipe topped with lots of mozarella, roasted squash and a good bit of caramelized shallots.  I pre-roasted the squash after tossing it in olive oil and rubbing with fresh minced garilic, salt, nutmeg and herbs de provence.

To turn up the colour balance, I finished the pizza off with thinly sliced spinach, though a later incarnation had me trying out mint and liking that idea better. 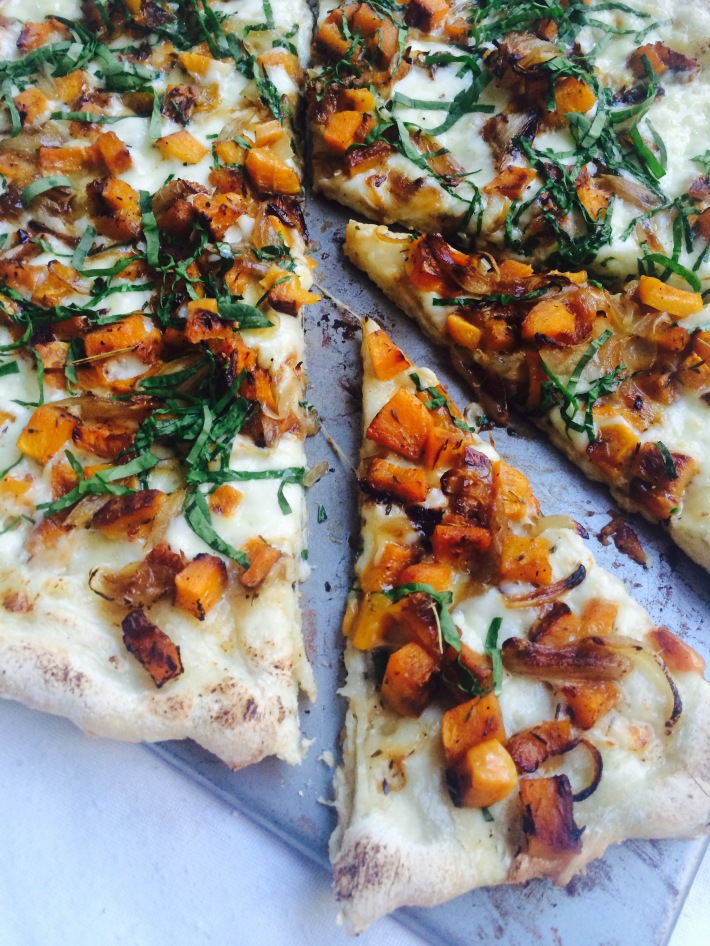 With cold flutes of prosecco to wash down the meal, this turned out to be an easy yet fulfilling way to feed a few friends on a lazy Sunday evening. 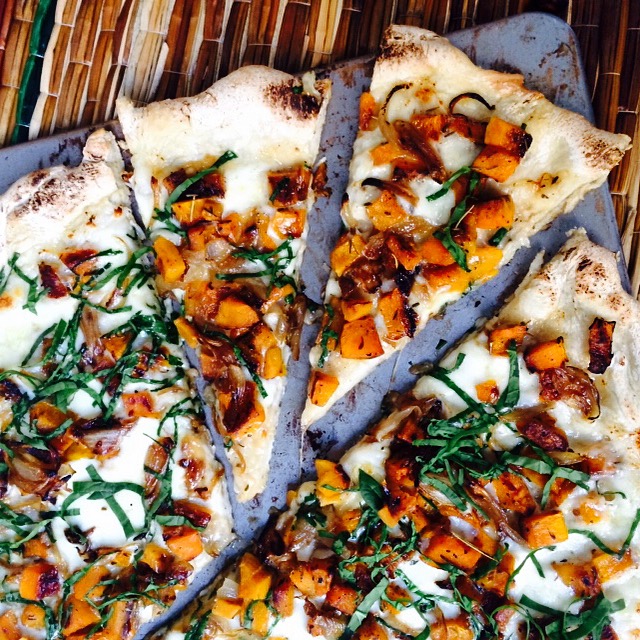