Printed Scarves and Psychological Imprints: Sometimes You Just End Up with a Scarf on Your Head 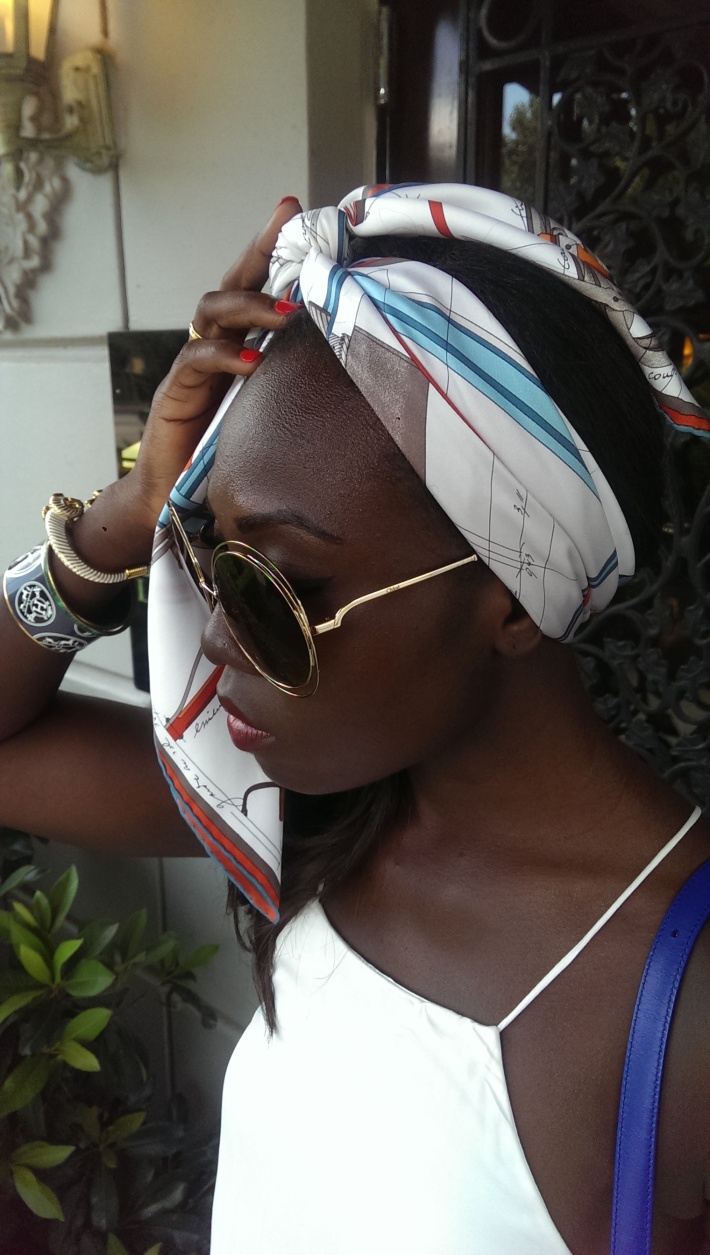 I was in Houston this past weekend to join my good friend as her “date” to a wedding and true to form took an abundance of photographs. I posted a photo of myself from our Sunday brunch at Houston’s Backstreet Café with the caption “sometimes you just end up with a scarf on your head”,  a jestful expression of the sentiment that sometimes things just happen the way they do and you just have to go with the flow. The caption was also, upon later inspection, an homage to the cryptic nature of life: we can’t always trace how things show up where they do or take the shape that they do.

Much to pleasure, my yoga teacher Kquvien, commented on the photo saying “it’s true, sometimes you just end up with a scarf on your head. Enough said.” The next day, Kquvien had posted a wonderfully wacky photo of herself from Pune, India, where she is studying for a month, with her head ensconced in a red sari-cum- scarf with the exact caption I had used.  Her prompted a chain of my fellow classmates to do the same and keep the joy flowing through a cavalcade of scarfed-head photos and funny faces. Sophia, a fellow student, captioned her scarf picture: “the power of suggestion”. I could not help but enjoy the irony of notion that a statement uttered as tongue-in-cheek acknowledgement of the absurdity of life and show off a printed scarf career into a logical progression in which we could trace (or could we?) the first impulsive imprint (sanskara) to my photo. Sanskara, a sanskrit word from Hindu and yogic lore, refers to the imprints left on the mind by past experiences (often in past lives) that then condition future responses and behaviour. In effect, sometimes you don’t just end up with a scarf on your head. Sometimes that scarf was put there many moons before you tied the knot. Would I have tied my Hermès carré on head to beat the Houston heat had I not experienced the rapture after seeing the Giambattista Valli AW 2014 Coutoure show? Would Kquvien have posted her goofy scarf photo and precipitated a cascade of “yogi-in-scarves” photos? Who knows? Sometimes you do just end up with a scarf on your head and sometimes you don’t. Beginning to know the difference and when to search for the source is a life-long journey I am enjoying. BUT, I  really just came here this morning to show you the clothes (and the sunglasses, the imprint for which was made by the fabulous Chloe summer 2014 campaign. The minute I first saw the add for the eyewear, the damage was done) and then got distracted. So, voici: 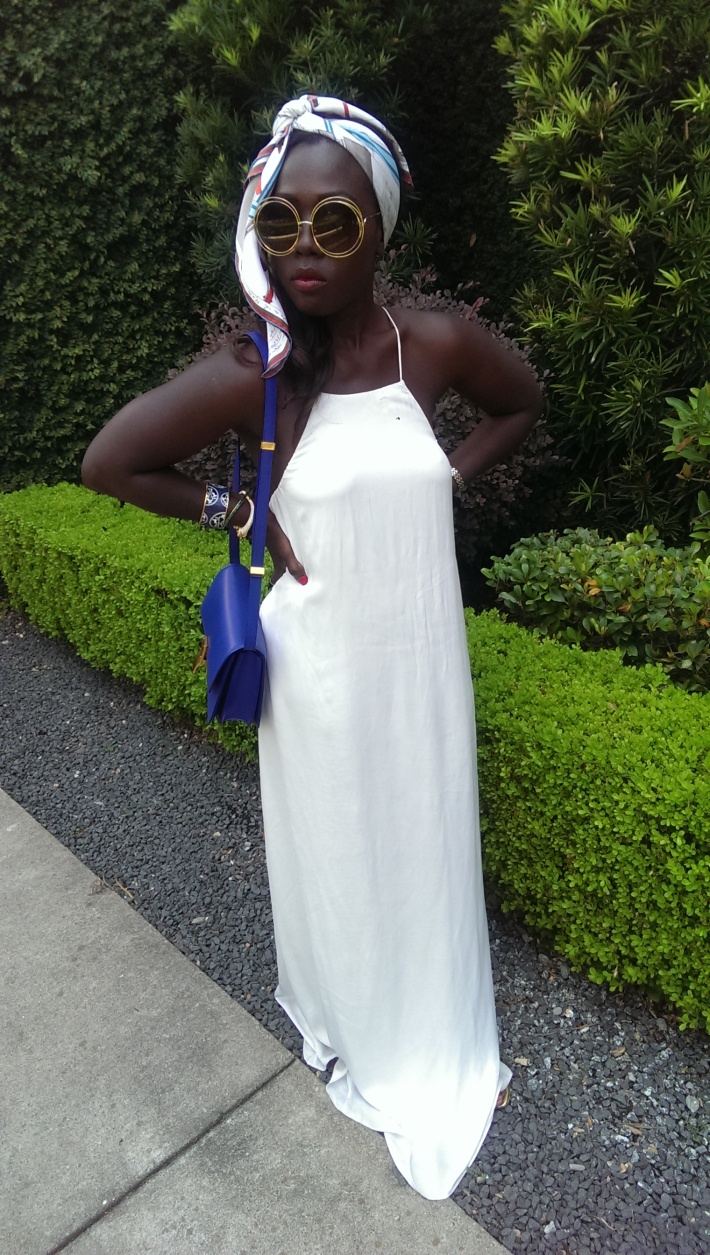 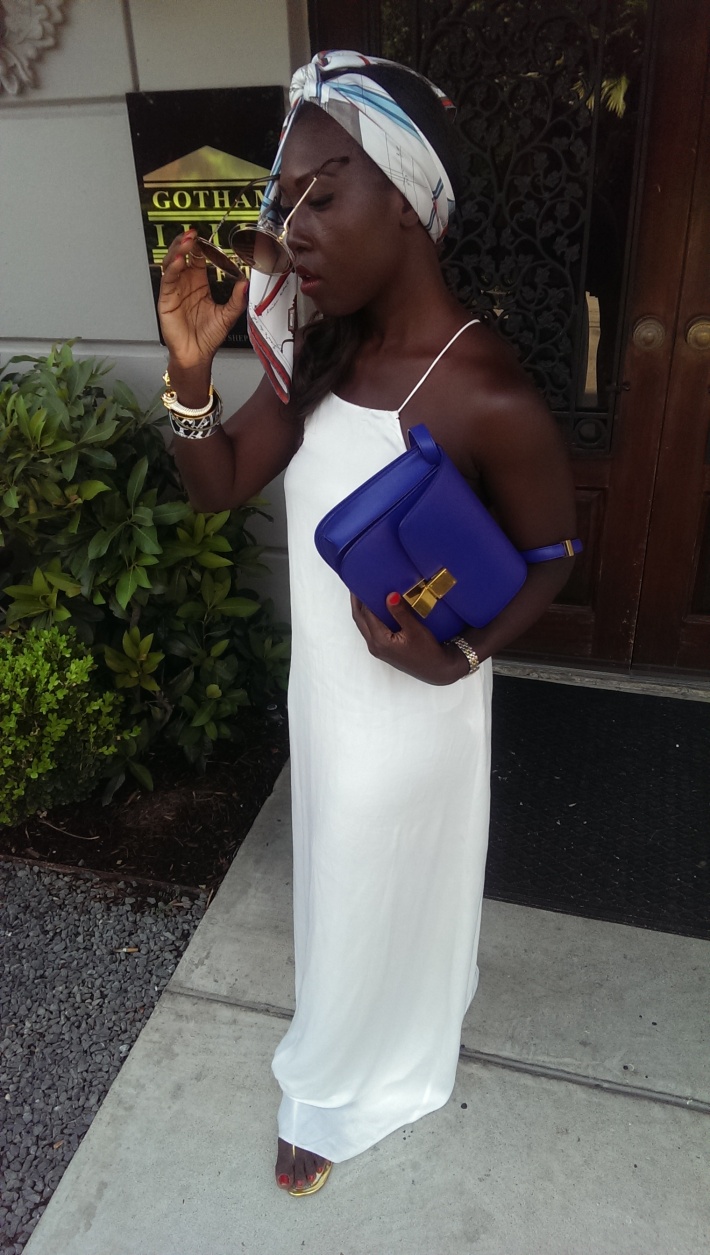 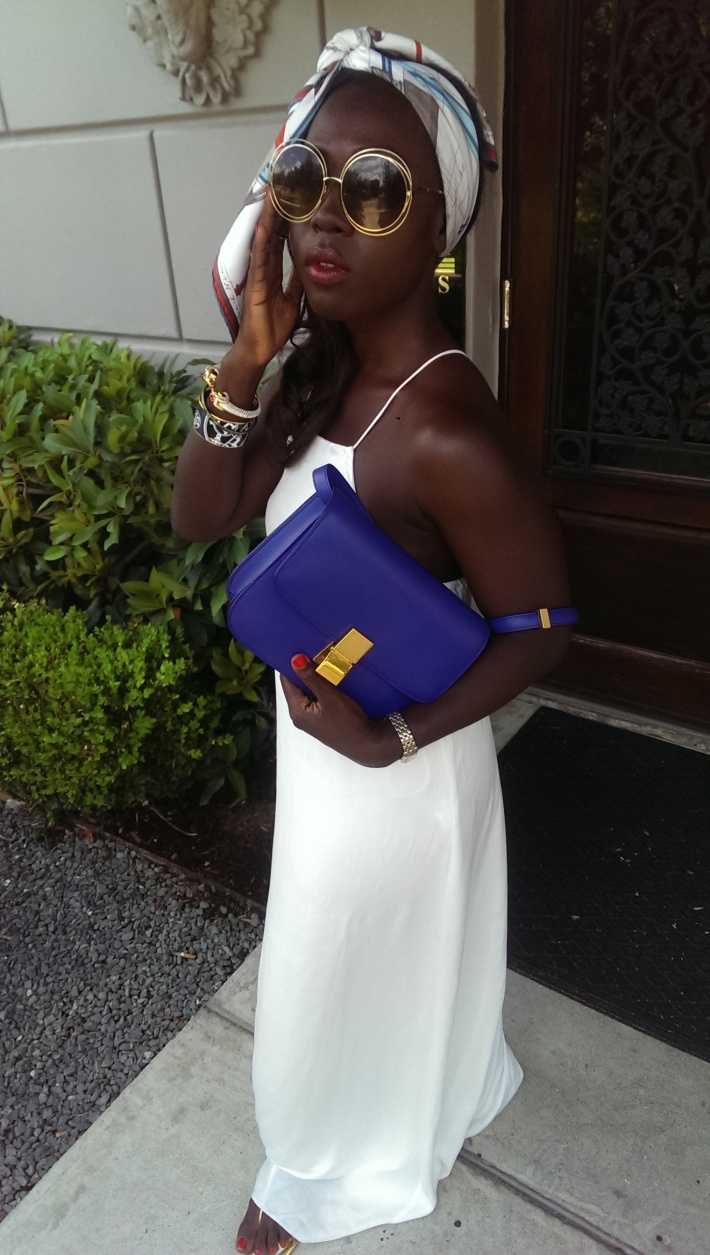