I lived for my art, I lived for love,
I never did harm to a living soul!

These are the first lines of the libretto of one of the most famous arias ever composed;  they are the central tenet of Puccini’s opera, Tosca . And they could not be more apt for describing Emma Recchi, the protagonist of the Luca Guadagnino’s 2011 masterpiece film, Io sono l’Amore (I am Love).  The film is a paean to passion and to art.  In his film, a religious experience is made of the culinary and of the sartorial and frankly, of the operatic Tilda Swinton. From the moment the camera settles on the stern yet soft face of Emma Recchi, Swinton’s character–the Russian-born wife of a milanese mogul,  hair swept back as she commands her kitchen in the chicest of tan sweaters, you know that you are at the very least in for a sartorial delectation. 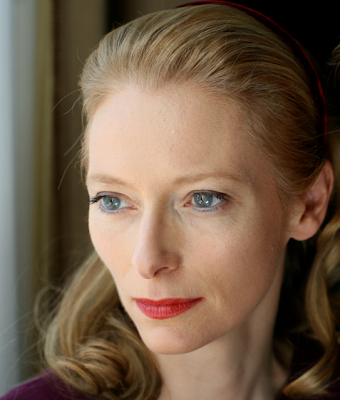 Birkins and Kellys aplenty flash across the screen during the film’s duration and you will gag for glory  at their opulence but the true triumph of the film is how it melds myriad modalities of art into something so sublime. We watch, spellbound, as Emma Recchi exemplifies the sublimation that occurs when passion is repressed and compressed for so long. Emma is a character constructed  expertly by the entire creative team of the film. From make up, to shoe strap, the meticulous attention to detail captures the regimented curation that is Emma’s life until she finds love and lets loose. Tangentially, the whole film reminds me of these lines from Mary Oliver’s Have You Ever Tried to Enter the Long Black Branches:

For how long will you continue to listen to those dark shouters,
caution and prudence?
Fall in! Fall in!

Raf Simons for Jil Sander dress on Swinton’s Emma Recchi. Costume design for the film was done by the formidable Antonella Cannarozzi, for which she was nominated for a much-deserved Oscar.

And Fall in! Emma does, just as Pucinni’s Tosca does. Emma’s passion is probably best reflected in the most memorable piece she donned in the film: a simple, vermillion (cliché be damned) Raf Simons for Jil Sander dress. In celebration of a soon-to-come collaboration between The Ecstatic Flash and one of the creative geniuses behind Io sono l’ Amore (cue excitement) , I thought I would share these shots of my “Emma Recchi dress” from a visit to the Metropolitan Opera last November (ancient, I know). Sure, Emma would never have worn a dress that fitted. Still, the joy of inspiration is in interpretation rather than duplication. Of course, the opera we went to see was Tosca. And I too, like Emma (and like Floria Tosca), had my heart  stolen by an artist: Roberto Alagna, a French-Italian tenor, sang an E Lucevan le stelle  that would stir the very stars themselves. 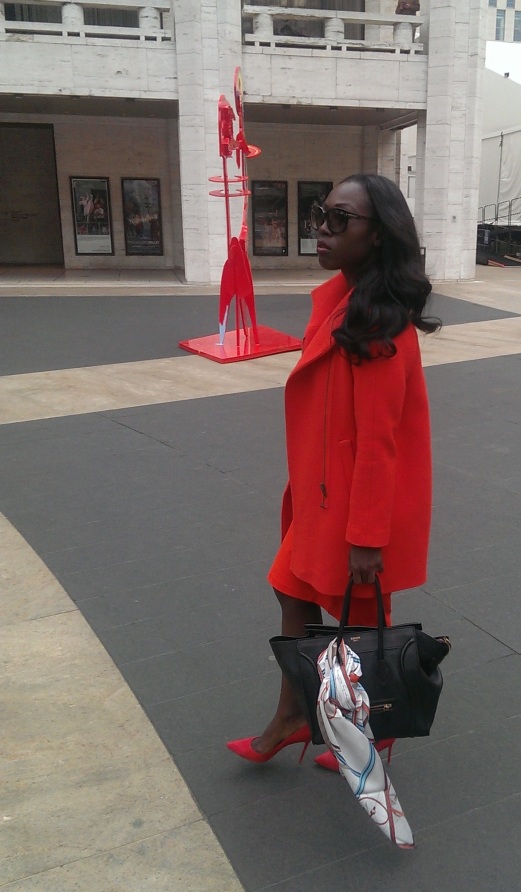 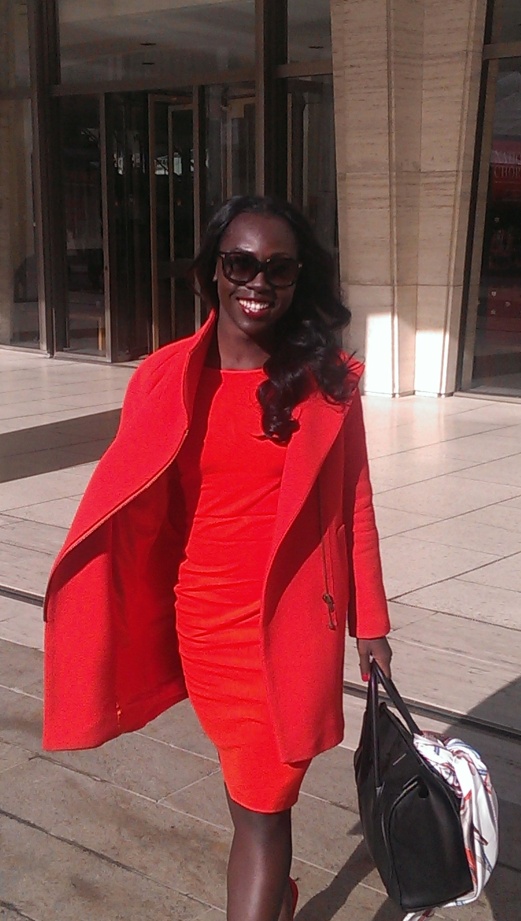 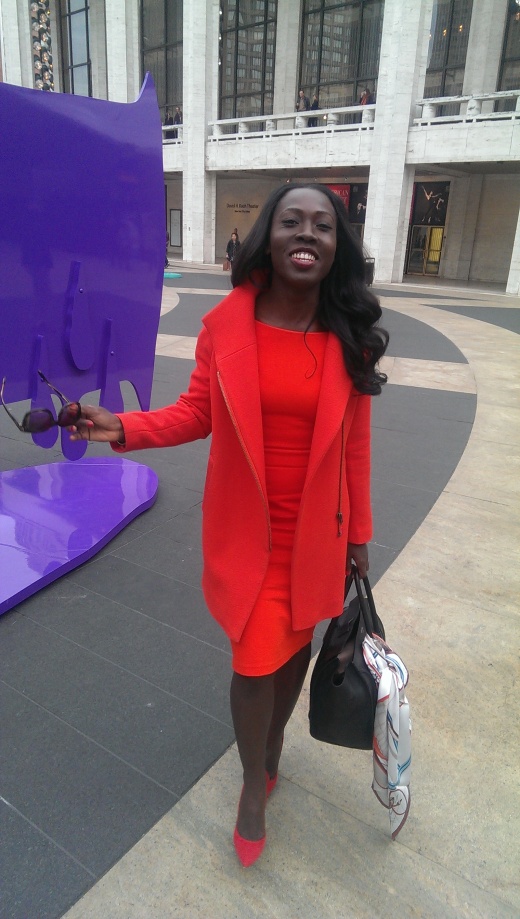 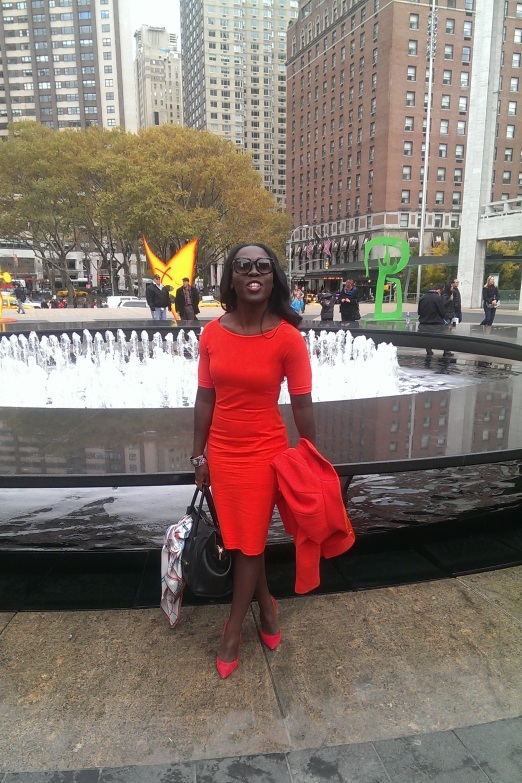 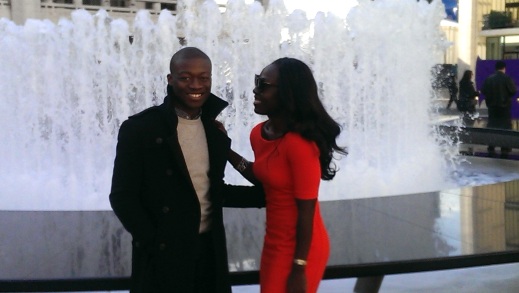