“I loathe narcissism, but I approve of vanity”- Diana Vreeland

When I left home this past Saturday to find a coffee and WiFi to facilitate blogging, I had no intention of getting photos of my thrown together outfit.  But it was such a beautiful sunny day and Poncey Highlands seemed to be begging to be the backdrop for my Mod (not unlike this black and white ensemble)-meets-Victorian-inspired sartorial number. I called my friend Karla and was so glad she obliged to snap a few shots for me, as it meant I could also drag her to coffee and partake in her calm and confident energy as we shared life updates. The whole experience– of wanting to capture shots and being without an aide–did, however, set me thinking about blogging with yourself as the canvas.: How does one consistently find someone to snap shots at opportune times? How do I really feel about standing in the middle of the street and having a iPhone or Nikon clicking endlessly at me? Is this not the height of vanity? Is vanity indeed such a sacrilege?

I’d just recently had an unwieldy phone chat with a friend some nights back about vanity and how in her view any and everything that involves highlighting one’s experience (including conversations over brunch where one references oneself) is vanity and a sort of vanity she finds it hard to stomach. Fair enough. In a world where we instagram our breakfast, tweet our lunch and facebook our dinner (all replete with hashtags) (#whatisthisworldcomingto) there is little argument that can be made against the notion that social media as not only a verification of what a vain species we are, but that the cyberverse of hashtags, tags and retweets actually promulgates said vanity . The word vanity refers not only to pride in one’s appearance or achievements (i.e.  ‘I”; the self) but carries the connotation of excessiveness of such amour-propre. Wherever degree comes into play in a definition, subjectivity is the star of the show. Who is to say what is too much attention to the self; too much sharing of what one believes to be(or has been told are) one’s talents?  I think the razor thin distinction between vanity and narcissism that the great Ms. Vreeland hints at is that the narcissist is, in addition to being vain, selfish/ consumed with self-interest. Yet conversations could be had ad infinitum as to what selfishness even means (and one of my favourite topics: how selflessness is the most evolved incarnation of selfishness)…I won’t touch it with a 10 foot poll.

All I do have to say is simply this: that I do feel that there is vanity (if you choose to call it that) behind any way in which we share ourself.  To put oneself out there (in a room with one person or   via WordPress) it means we deem that self worthy of sharing (or at the very least hope it to be so).  Whether you opine on art, create art or make art of yourself; whether you choose to run for president or to start a blog: you are essentially saying, “I have something worth seeing/hearing/believing in.  This is not always a bad thing; the Ego is not always an affliction.

On Saturday, alas, there was no blogging as planned. There was instead, Karla, her iPhone and I having a jolly good time on the streets of Atlanta, trying to capture what was in essence, a casual  mood and mod piece of la mode. We both seemed to enjoy the process, rather that it feeling like a chore for her to be playing photog.  There were hot chocolates shared at the Inman Perk  and laughs galore and moments of profound exchange. And there was vanity, of course:

“Oh my Karla, is that really what I look like? Ick.  Karla, that was a good shot but it’s blurry,” I complain, pouting.

“That’s fine. We can reenact it. So tell me about ‘Cream’ ” she teases, making reference to an inside joke.

We both guffaw. She gets the shot she wants.

As for egotism, there was none. Just two friends sharing what turned out to be a perfect afternoon! 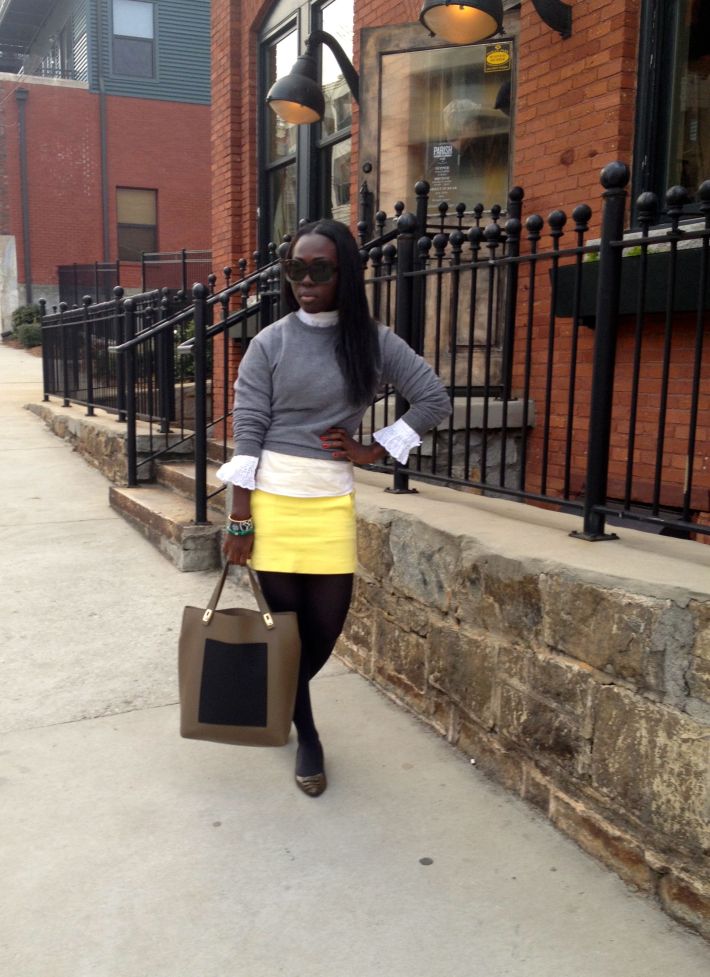 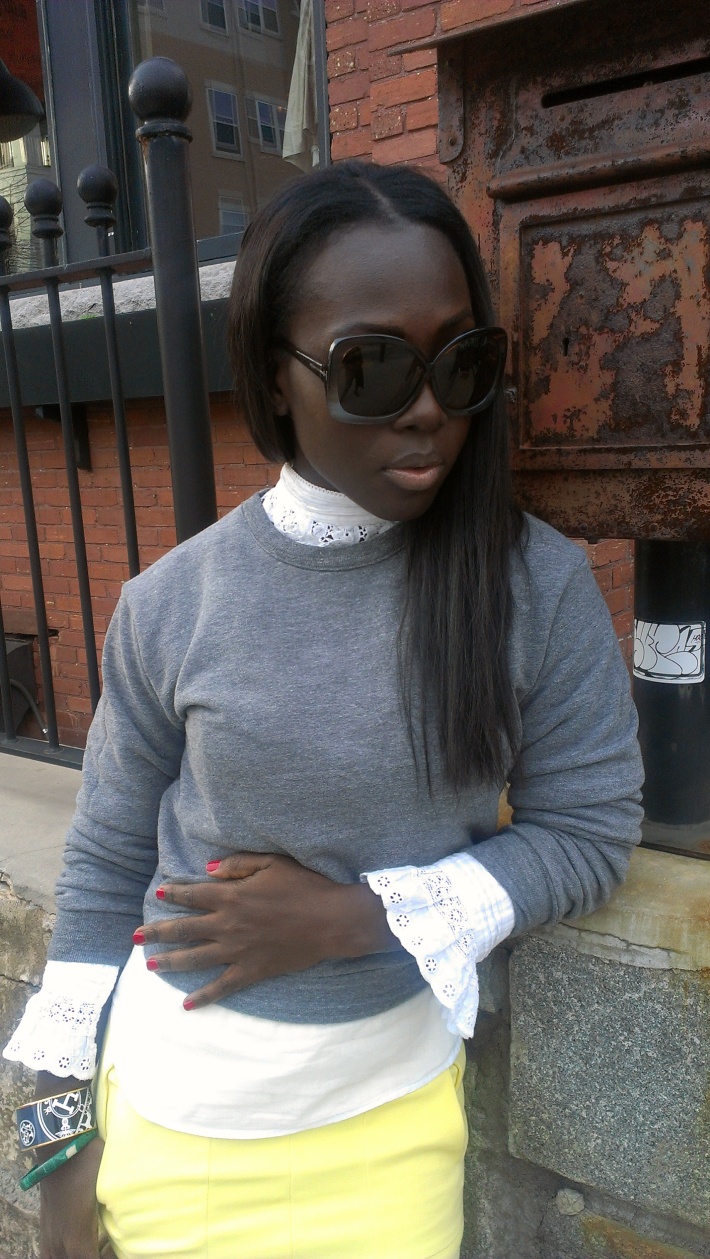 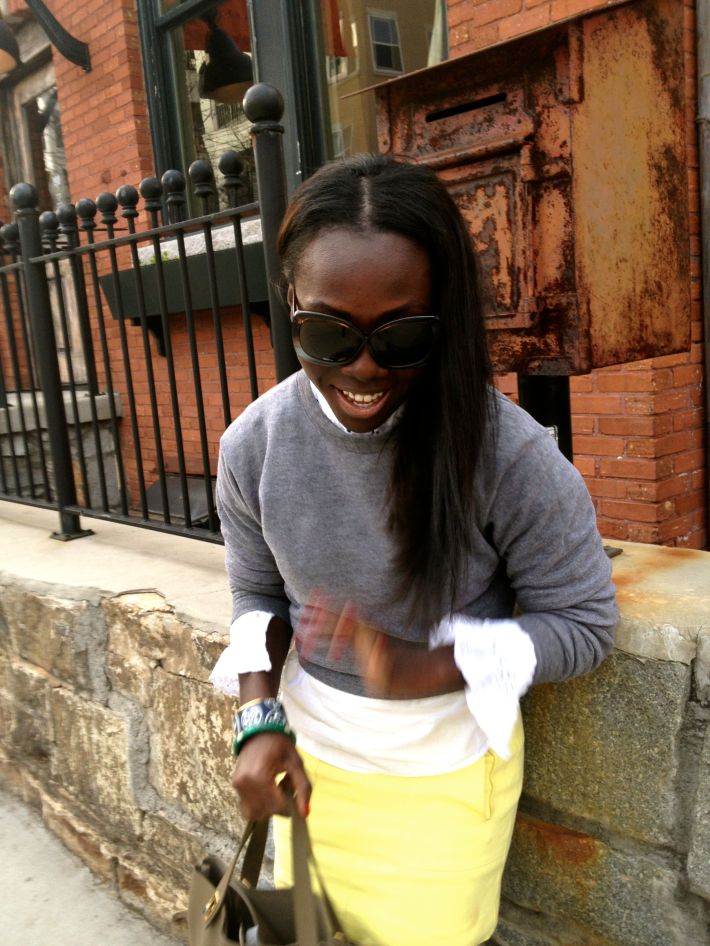 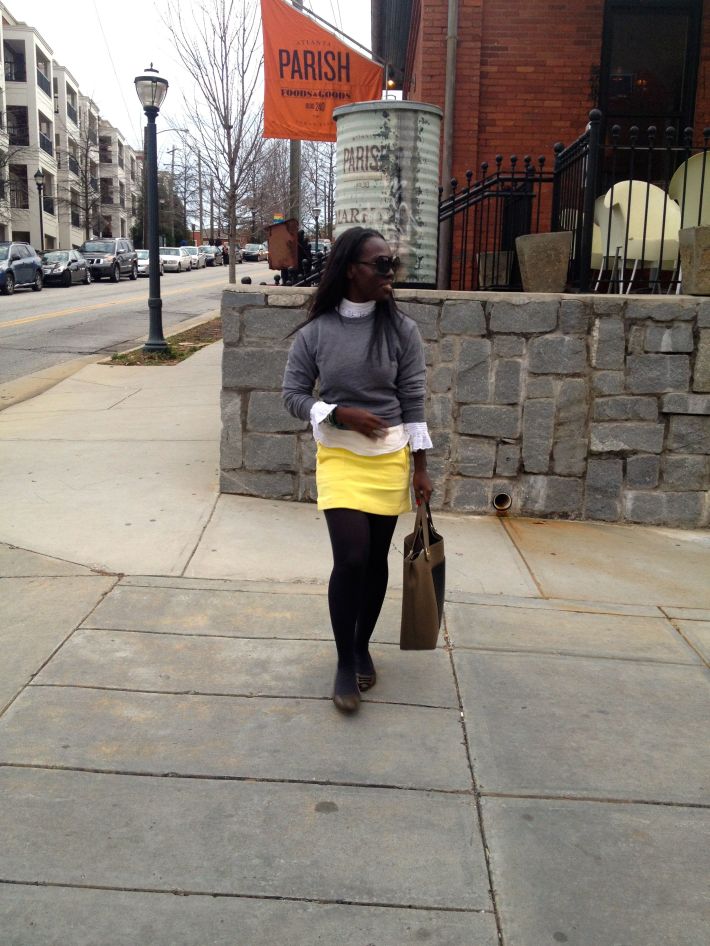